Forte Fencing is dedicated towards the competitive success of our athletes. To that end, Forte Fencing offers coaching at Divisional, Regional, and National Tournaments. We hope that the policies outlined below answer any questions about the role of the coaches of Forte Fencing at “away” tournaments. Fencers are not required to have coaching at tournaments. This is simply a service available to all fencers (at some additional cost) when it is requested. Coaching is not automatic for a fencer. There must be a prior agreement for a fencer to receive coaching at an event. This may be an ongoing relationship agreed upon for the season, or a coach may be requested for one particular competition.

Forte coaches will coach fencers under the following conditions:

There are occasional tournaments Forte coaches attend for reasons outside of coaching duties. They may be refereeing at the event, or they may be working in some other capacity to help assist the tournament organizers. In any tournament in which a coach is working as a referee or on the Bout Committee, that coach will not coach that day. This is a policy by the Referees Commission (RC).

Forte Fencing has determined the following rates for compensation at Divisional, Regional, and National tournaments. These rates are per fencer per event and are reevaluated each year. If you are required to provide an additional cost for mileage, an invoice will be sent to you with the appropriate charge. The rates are as follows:

While at the tournament, it is the job of the coach to assist the fencer as much as possible. Keep in mind, however, that at some events there are many students fencing at once. When that is the case, a coach must set priorities. For the fencer who is attending a tournament for their first time, coaching during the opening rounds can be important. The more experienced fencers should not have any difficulty in the seeding pools, and will not need as much attention until later in the event. We will always try to make sure that a coach is available when the fencer needs it the most. Ultimately, that is the coach’s decision to make, and we expect our fencers and parents to defer to the coaches judgment.

For every tournament a coach will be at the venue from a half an hour before the close of registration for the first event until the last fencer is eliminated that day. Warm-up lessons before the tournament begins are part of the duties as a coach. There is no extra charge for these lessons. In addition, tournaments can stretch over several days, such as in the case of Nationals or the Junior Olympics. In those cases, training lessons can also be given. These lessons are also free, and available any time a coach is not strip coaching, or involved with any other duties at the tournament. Keep in mind some caveats about what a coach can do during a tournament. While it is the coach’s job to act in the student’s best interest at all times, this does not obligate the coach to inappropriate behavior. For instance:

On a final note, Forte Fencing understands that fencing can be very expensive. Please understand that Forte Fencing has set rates by carefully considering the needs of the fencers, as well as the sacrifices made by the coaches in use of vacation time and time away from jobs. If you feel you are in need of coaching at a particular event, but cannot afford the rates as listed above, please talk to the coaching staff. We are always willing to be reasonable and will certainly make allowances for circumstances. We hope that this explains our position for the 2018 season fully. If you have any questions, please do not hesitate to contact any of the coaches at any time. We look forward to a productive season with all of you! 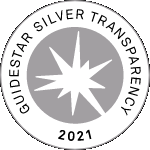