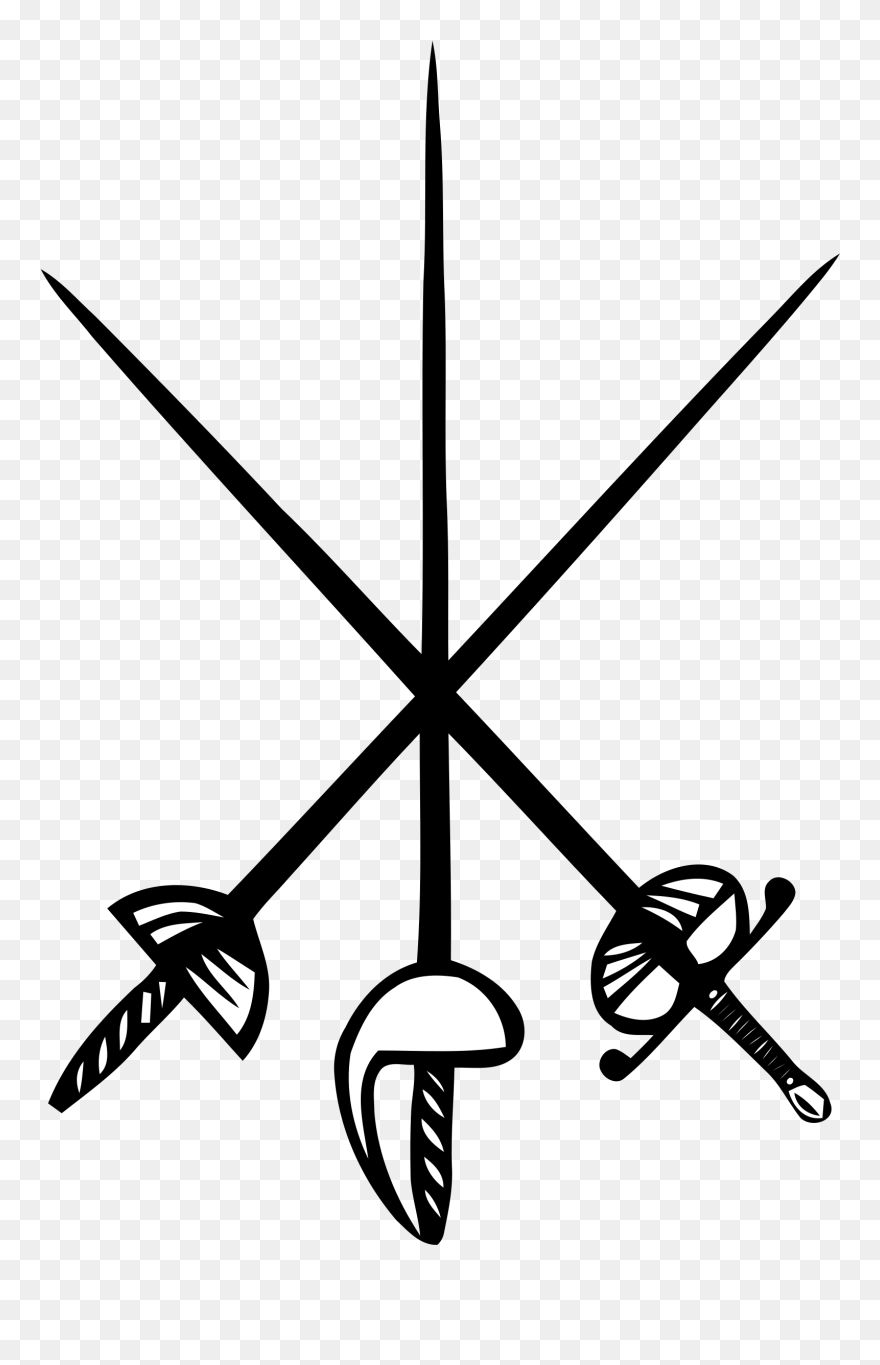 I spend a great deal of time telling everyone who will listen how cool sabres are, and that the world would be a better place if everyone fenced saber.  It was the Polish Sabre that threw back the Ottomans from Constantinople.  It was the sabre that led so many cavalry charges of the 19th century, including the brave and gallant, yet sadly ill fated, Charge of the Light Brigade (as well as the much more successful, but lesser known Charge of the Heavy Brigade). No doubt many a young man was lured to the cavalry by the romance of the sabre. It is reported that Russians and Poles defended against the Hun with sabres in World War Two. And during that same war, US Sailors trained with cutlasses (essentially a short beefy sabre) for use in defense of their ships in case of intruders.

It’s true, I love sabre, and am enraptured by the history of it. So why am I writing about a book on epee?

The whole thing started while I was on a Zoom Meeting with Coach Jaime. The topic was “The Basics of Footwork” with Ruperto Gascon. The entire lecture was in Spanish, but Coach Jaime was providing some inline translation for me as the presenter went along. Somehow, we had developed a side conversation about which weapon had changed the most in style and rules since the advent of fencing as a sport. At that point Coach Jaime recommended I read Epee 2.5.

I will digress here just a moment to share a point of view that I have. When a respected fencer and/or coach makes a suggestion to you, you should act on it. There are two exceptionally good reasons for this. The first one is respect. Trying to follow that person’s advice shows them that you respect them and their ability. The second reason is (get this) someone just gave you something potentially very valuable FOR FREE! They may have just got done charging someone else for that exact bit of information, and they just gave it to you. And if they notice that you listen to them, and try to implement what you were told, they may give you more free stuff. OK, end of rant.

Back to what I was saying. Coach Jaime recommended the book, and one Amazon Smile order later (got to keep supporting Forte) I was reading an epee book. The book is written by Johan Harmenberg, a former World and Olympic Champion. By his own admission, he was not a great fencer in his youth, and eventually he stopped fencing as a competitor and just stayed on as a hobbyist. This was a major point because when he joined the fencing club at MIT (yes, that MIT) he met some folks who he bonded with, and together they picked apart what they felt was wrong with “classical fencing” and developed what they call “The New Paradigm”.  Because Mr. Harmenberg was not competitively fencing at the time, he volunteered to test and develop this new method. I will not go into the details of what the New Paradigm is (you’ll have to get the book for that), but I will say that it is a new way of thinking, as opposed to any change to foot or blade work. The intent of the New Paradigm is to make you think about instead of waiting for an opponent to fall into your area of strength, think about how you can guide them into it. How can you make the opponent do what you want, and how to not get hit doing it?

The first part of the book details the journey of developing and testing the New Paradigm. Mr. Harmenberg writes about how he tested and refined this new process through various competitions, all the while he was going to college and serving in the army. He also inserts writings of other fencers (he calls them “voices”) into various spots where they give their take on what was happening at the time.

The second part of the book breaks down the New Paradigm in detail, and I will say it does get a little epee specific during parts of this, but that is to be expected as Mr. Harmenberg is an epee fencer (but he seems likable in spite of all that). And the third part is the personal voicing of ideas from Mr. Harmenberg and other “voices” in the book and is a remarkably interesting read for any sportsman in my humble opinion.

But back to the original question, why is a saber guy going on about an epee book? Because like wise old Uncle Iroh borrowing from the Water Benders to learn to deflect lightning (where are all my Last Airbender Fans?), I feel that there is a lot that can be learned by all fencers, largely because the book is about a change in thought process. This came at an opportune time for me because I had just received some training on the fencing tactical wheel, and this seemed to me to go hand in hand with that. But the three conjectures at the beginning of the book are valid for all fencing I believe.

I am extremely interested to hear the thoughts of other people who have read this book, and I hope after this more people will.